Students in 4th semester of the Game Art & Design program collaborated with University of Toronto programming students to create 3D games for mobile. Four teams created a diverse set of mobile games using Unity and Maya/3DsMax. The original games were conceived and executed in a very short development period within a single semester.

Many thanks to Elias Adum, Kevin Gibson, and all the game developers that gave their time and feedback. A special shout-out to the folks at Ubisoft Toronto and Uken Games for inviting us into their studios for playtesting and feedback sessions.

Here’s a taste of two of the games:

CHAMELEEON is a chaotic free-for-all multiplayer deathmatch with shifting teams .

RUNNING IN THE DARK

It’s Halloween night and somewhere in the village is a frightened pumpkin full of candies.  In order to survive, the pumpkin has to reach the abandoned barn without being seen, hiding in the shadows.

These games will be tweaked and polished for the 2017 Level Up Showcase  in April. 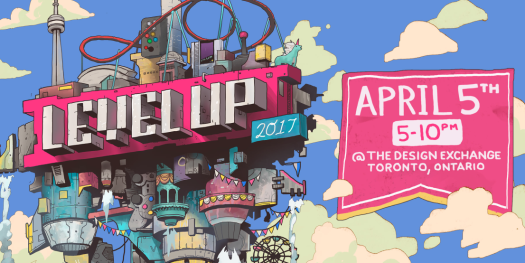